<EDITOR'S NOTE: This was posted on the afternoon before the BAFTAS ....>


At the BAFTAs tonight, the 181 guests will each receive a £2500 goody bag full of freebees, and  - not being one to miss a marketing trick - I DID phone the organisers offering a contribution from the Mustard Seed. 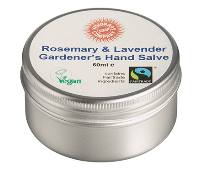 "But the Fairtrade Rosemary & Lavender Gardener's Hand Salve is brilliant!" I insisted.  "Much better than that Lancôme stuff. And it doesn't even need a circumflex to work."
I think he must have been put off by the yuck factor of the recycling of kitchen rolls, because my plaintive " ...but it's SO much more sustainable and with a MUCH lower carbon footprint!" was lost in the ether of a phone line that had gone dead. It was no more. It was pushing up the daisies.  An EX-phoneline. Suddenly - the image of a Norwegian Blue pining for the fjords came into my head. No idea why.
Rather apprehensively - I then called Colin Firth.
"Ap-p-pologies.  I'm c-c-alling about t-t-tonight... " - I stammered - the nerves getting the better of me.
There were barely suppressed chuckles at the other end of the line.  "Very funny - King's Speech an' all that! So - how DO you get a drink out of a Vogon then? "
It was my turn to laugh - even though I didn't have a CLUE what he was on about (until I looked it up on Google later and found the reference to the Hitchhiker's Guide & the meanest species in the universe:  < you put a finger down his throat> ) .
Anyway - ice broken - I explained how we are trying to banish UNfair trade etc etc . I had him cornered.
He interrupted me  - thank goodness - or I might have verbally bludgeoned him into a quivering pulp. Not much use when you're trying to climb those stairs up to the Podium.
"Look" - he said. "We can easily ...  "
"Wikinisli " I asked - "is that like Wikileaks & Wikipedia ? "
It wasn't.
He continued.  "We can easily - if I win tonight - change my surname from Firth to Fairtrade . Sound good?  Colin Fairtrade. "
I said that wasn't enough. Nowhere near enough.
"OK.  When I get up to the podium  - instead of the usual mother-thanking stuff  - I can do a Mustard Seed Speech - like the King's Speech.  What do you think? Just send me the text. "
I was speechless.   Well - you know what I mean.  This sounded like - hmmm - like Colin Firth.
Anyway. Here's what I sent him.
The M<y bonnie lies over the ocean!>ustard S<£$%%!!>eed P<ining for the fjords!>romotes the Christian F<aringdon is fantabulous!>aith and H<old on to your horses Hermione!>ighlights the P<eter piper picked a piece of pickled pepper>rinciples of F<!£$***%>air T<o Buy fairtrade or Not to buy Fairtrade  - that is the Question!>rade through the S<sells seashells on the sea shore>ale of C<hristmas is only 312 days away!>hristian literature and F<ine time to buy from the Mustard Seed!>airly T<urn again Tony!>raded G<**&^%$>oods.  It's F<airly traded>antastic and WE ALL SUPPORT IT!
Amazingly - when he read it back to me on the phone he didn't stammer once.
So - let's hope he wins.
Posted by s10erd at 18:31