Some will tell you that we celebrate "Mauthrin Sunday" in memory of  St Mauthrin the Viking (or should that be Viqueen?): mother of Hagar the Horrible and inventor of simnel cake & the explanation mark.

But that is of course complete nonsense. 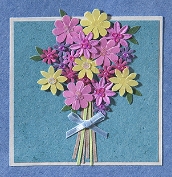 There IS an interesting Mothers' Day Viking link that concerns us nonetheless. The Vikings - you see - (being good plunderers rather than good spelers) thought that MOTHERS' DAY was (and still is) an anagram of MUSTARD SEED;  and thus discovered that the Mustard Seed is probably the best place in England (maybe even the world)  for Mother's Day gifts. The Mother-of-all Mothers' day shops. 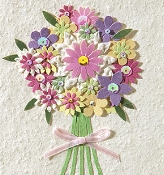 There's the delicately alluring fair trade silk scarves; the mother-of-pearl fair trade jewellery; the exquisite hand-made cards that are so perfect for Mothers' Day (and there's also really cheap Mother's Day cards if you're looking for something for your mother-in-law); the mouthwateringly motherly chocolates; the rubber washing-up gloves (sorry - Freudian slip there); and of course the matronly winged helmets.  And as documented in Sven Forkbeard's Annals of Viking Exploits, the Mustard Seed was at the very top of all the Viking plundering lists, and one of the main reasons why they so frequently made the crossings over from Norway. Even Hagar the Horrible didn't forget to get his mum a Mother's Day gift from the Mustard Seed.

Scholars will then tell you that Mothering Sunday - the 4th Sunday of Lent -  is also called Dominica Refectionis (Refection Sunday - refection meaning meal - hence refectory) because of the scripture reading of Joseph feeding his brothers. 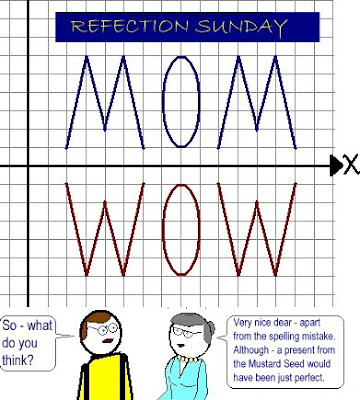 Gosh - how interesting - you're probably thinking.  But - LL's Bells!  I've just realised something else.

If you add an L to refection then what do you get?

Yes - RefLection. The picture above is now beginning to make sense to me. Or - maybe you'd already spotted it.

Anyway - when you're in the Mustard Seed buying a present for your mum, you may see a Viking swooping in astride a winged helmet bellowing out the Song of the Valkyries in Norse. If so - do ask him/her  if it really was St Mauthrin who invented the explanation mark.

P.S. By the way - where do you put the apostrophe in Mother's Day ?

Yes that's right: get your dosh out & come down to the Mustard Seed to check out the new Bookies!
Life's a lottery as they say, but if you play your cards right - even when the odds seem stacked against you - take a chance on the Mustard Seed and the guaranteed returns will soon get you back on track.
So - go on! It may be Twitter's 5th Birthday tomorrow, but FLUTTER is now the new Twitter!  Have a little Flutter. Get your Leggies into gear to see the new Bookies at the Mustard Seed. Bookies especially for Lent.
Ah yes. Lent.   Lent is an interesting word don't you think? Especially when used in the context of bookies. "I lent him that bookie" - actually means that you probably won't see it again until you trip over it at a jumble sale.
And there's not only the new bookies to see - but also the new Christian Marketplace Magazine: in print and online - and full of new bookies. Click on the image below to view it in full, or pick up your copy at the Mustard Seed.
Click to launch the full edition in a new window

Here's another interesting thing. For most Bookies you have to be at least 18 years old;  but not at the Mustard Seed .  Ankle biters, nippers, rugrats, sprogs &  munchkins all welcome.

And - talking of munchkins, Delia Smith for once is not cooking bookies about cookies. This time she's cooked up a real feast with her forty reflections.

Forty. That reminds me. Apparently, Australians  think that you fast during Lent for "Forty Nights" because they pronounce it " For Tea - Na Eats"  - but that's another story .


Anyway - back to the Mustard Seed. Did you know that ABBA even wrote a song about our little shop full of big surprises?

The Guatemalan Squeezy Honey Drought that befell the Mustard Seed on Pancake Day last week will be etched into the annals of Mustard Seed history.

Instead, Shoppers were having to resort to the deliciously fruity Paraguayan strawberry jam & absolutely ambrosial chocolate hazelnut spread containing hazelnuts from Malawi, cocoa from Equador and sugar from Costa Rica to put on their pancakes.

I mean - who wants to put a whole  fairtrade world map on their pancakes eh?

We also ran out of the Orange/Cinnamon Rose/Geranium soap sets from Khayelitsha township in South Africa  - but I'm not sure that had anything to do with Pancake Day. If it did - then I wish you a speedy recovery.

The good news is that we're much better prepared for World Pi Day that's coming up this Monday in the 3rd month of the year and the 14th day of that month (3.14) .

We do NOT intend to run out of pie.

OK - trivial point - we don't actually sell pie.  But let's not get picky. The aroma of pie often wafts in from next door.

We can be sure however that Henry Pye (poetlaureately) would turn in his tomb (gravely)  if we ran out of Pie (metaphorically) on Pi Day (homophonically).

In English and in Latin.  Pie Jesu .

So: here's a few simple guidelines for Pi Day: Fill your pie hole with humble pie. It's easy as pie, not pie in the sky. Better than telling pork pies, or getting pie-eyed.

Please note:  the wholesome goodness of Mustard Seed Motherhood & Apple Pie is only available on those days in the month when the date is divisible by itself.

P.S. For those craving a bit of real maths: if you multiply the diameter of a mustard seed by 3.14 then you still get a very small number.

Launch of the iPad 2 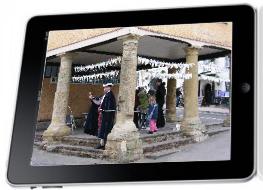 "There ain't no such thing as a free launch!" .

Those were indeed the first words uttered by the tartan-trewed super-guru as he strolled incognito into Faringdon Market Place this morning - with a spanking new iPad 2 under one arm, and a bell under the other.

It was the personalised numberplate strapped to his cape that gave the game away..... 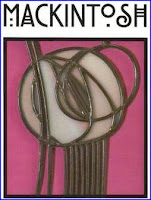 "HEY GUYS "  - he shouted over the clanging noise of his bell - "I HEARD ABOUT YOUR BUN-THROWING world record - and wanted to see fo' maaself!"

Yikes.  Misunderstanding. Big time. We confiscated his bell and then explained.

"Yes - that's right lose the HROW .   BuntHROWing is what they do in Abingdon when the Queen comes to visit. But OUR world record in Faringdon is without the hrow.  It's the BUNTING world record. No hrow in the middle. Fairtrade bunting for fairtrade fortnight. You know - flags on strings."

We showed him some of the flags that the children had already decorated.


It seemed to do the trick.


"Well - it's the new APP that comes bundled in" he explained. "The new FAIRSHOP App"  .

Maniders yer shapping? Electric shacks if ye traa de baa de non-fairtrade?  Ah yes - monitors your shopping. Electric shocks if you try to buy the non-fairtrade. Why they can't speak proper in the colonies is beyond me.

"But - how does it work?" we asked in close harmony  - almost barbershop - certainly fairshop.

"Weaaalll...." he drawled - pulling a face like a possum and hitching up his tartan trews - "As well as de usual  GPS with GEO-PO-SITION capabilidee, dis baby also has GEO-BAR and GEO-CRUNCH functionalidee. So - it reads de BARcodes and den gives yer a nice liddle taster of GEO-CRUNCH . But dis is a TASTER widdout de middle T .  Yep. It TASERS ye real good an' proper."

Brilliant!  Imagine if all smart phone & tablet owners  were admonished with a gentle 50,000 volts every time they fell off the fairtrade wagon  - they'd soon make sure they didn't keep their smart phones in their trouser pockets.

That was the moment that we all saw Steve Jobs  kickboxing an imaginary kangaroo in Faringdon Marketplace.  And if you tell your grandchildren that - they'd never believe you.

"Can ah have ma bell back naa please? "