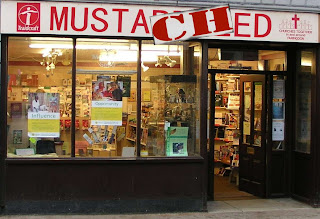 And sure enough  - when they both went outside -  there it was. For all the moustachioed men (and women) of the world to see.

Then came the Eureka moment.  Aforesaid Shop Assistant saw and seized her opportunity.

"Yes absolutely, Shorn" she said, ushering him back inside.  "We've got a special soup slurper that'll keep your tash tip-top".

Well - to cut a long story short, Shorn ended up very happy with his:

....looking for curling tongs.  He went away with 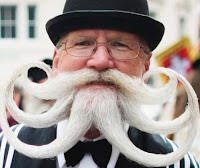 And the man-eating spider fattening up the OAP

was perfect for sticking this back on

was prone to bumping into things, but gratefully settled on the

"I have to feed my Hairy Flavour Savour"  - he said conspiratorially.

This young lady (you wouldn't think it would you?) unfortunately wasn't able to negotiate the shop entrance door

but still bought two bottles of the special moustache oil:

By now, Shorn was also helping with all the connery, and had even taken a shine to the aforesaid Shop Assistant.

"It's Shandy Shaunders" she replied. 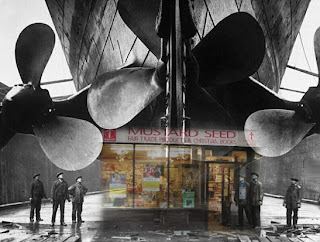 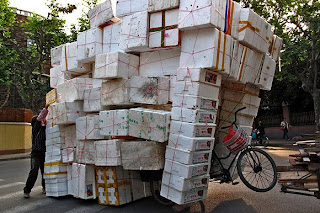 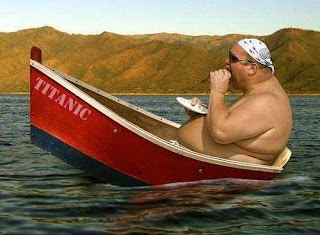 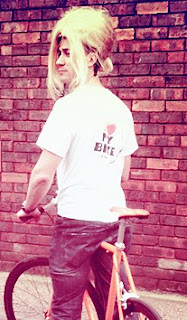 Did you know that, on average,  motorists give cyclists with long fair hair 15.5 inches more room when they cut past them?

So - are motorists giving blondes a wider berth because they think they're rubbish cyclists?

Whatever the reason, the Mustard Seed will shortly be broadening out its Fair-Trade offerings with a range of Fair-Hair products that tackle this safety issue head on - so to speak.

The wide boy on the right is sure to be given a wide berth as he tests out our new safety helmet.

Its not a new idea. As you can see, the fair-haired Viking cyclist on the left can even lock horns with other road users if they get too close. 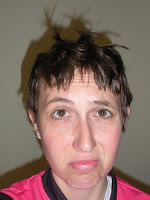 But that's not all.  Helmets also cause Helmet Hair :- that  "wild coiffure" look that bedevils helmet wearers when they take their headgear off.

I mean - do you really want to look like this?


Luckily, the solution is quite simple.

But - hang on!  People actually LIKE having hair.  Fair or otherwise.

For that reason, the Mustard Seed Helmets will have HAIR incorporated into their structure. Which means that as long as you keep your helmet on, then no one needs to know that you're a slaphead. 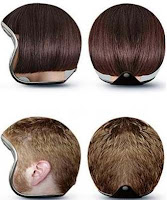 Here's a selection from the new catalogue: 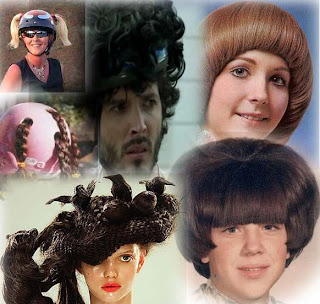 And a few being modelled :

Finally, there IS also another solution to Helmet Hair, and one that is also available from the Mustard Seed.  The gentleman below is demonstrating how you can use the contents of a couple of boxes of exotic-fruit geo-muesli wrapped in cloth to keep your hair beautifully in place under your helmet: 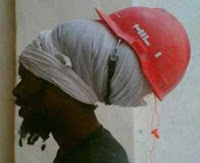 Not too sure what to do about his Helmet beard though.
Posted by s10erd at 07:08 No comments: