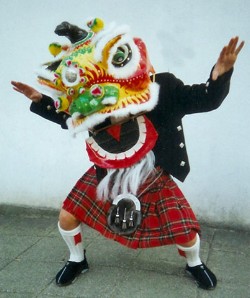 Chinese Whisky is apparently now as good as Scotch Whisky ; China's Li Na and Scotland's Andrew Murray both came 2nd at the Australian Open; and this weekend falls smack in the middle of Burns's  birthday (25th Jan) and the Chinese New Year (Feb 3rd) .  And as if that isn't spooky enough for you:  It's going to be the year of the RABBIT - which is how Chinese people pronounce ROBERT .


The link between all these ChinoScottish (dis)connects is clearly and unequivocally The Mustard Seed  in Faringdon - but to explain HOW and WHY is beyond the bounds of this simple email.  Douglas Adams puts it very simply : "When you try to take a cat apart to see how it works then what you get is a non-working cat" .


So:  Sorry.  There's not going to be a full-blown explanation of all the Holistic links in this email . We don't want non-working cats.


But - at LEAST we can list just a couple of the reasons why Rabbie Burns would have been a Frequent Shopper (with a Loyalty Card) at the Mustard Seed :
Is this the earliest reference (1788) to "Fair Trade" that we can find ?   (There's a challenge for you ! )


And Rabbie's BOGOF reference of "two for one" is also a wistful observation of his partner's propensity to give birth to twins.....


Burns's poetry (when it wasn't about women's breasts! ) was very radical; and strongly supported the underdog and the dispossessed.


He most certainly would have wanted to banish UNfair trade - and would have applauded our wholehearted support for the Mustard Seed : 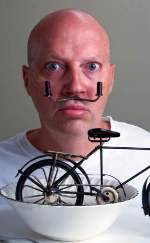 Did you know that SALVADOR DALI  has exactly  the same number of letters as the new cereal recently launched by Traidcraft :   TRAIDCRAFT GEOCRUNCH  ?

The point I'm trying to make is this. 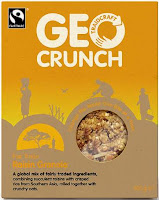 Which PROVES (like dough)  that you just HAVE to (yes - that is an ORDER!  ) try the new GEOCRUNCH.

(Jump forward in time : now that you've bought it & tasted it.) 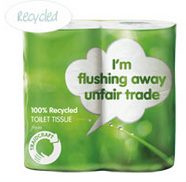 Firstly - a Blessed & Peaceful 2011 to you & family.
Not only is 2011 a prime number year but we're also going to see four planets in conjunction with one another during May.  Astrologically, this signifies many dark strangers and great opportunities for health, wealth and happiness .
Ah yes - of course - this prediction must be referring to Fair Trade & the health, wealth & happiness that it brings to dark strangers.  Spot on. And who said astrology is bunkum?


Most importantly  - a HUGE thank you to all our customers for what turned out to be fantastic record-breaking December.  It was the best month EVER - and 37% above the long-term average.  With three months to go in this financial year, this puts us in good stead for our 25 year celebrations on 11/6/11 .
THANK YOU - and keep up the good work!
It may also partially explain why most of the national retailers are reporting big drops in sales during December; not just because of the dip in the economy & the coldest Dec ever etc, but also because people are choosing to shop in the Mustard Seed instead.  National news hasn't picked up on this yet - but WE know.


The poor are oft misunderstood ,
And paying them fairly we should,
When we’ve all been persuaded,
To buy things fair traded,
Our shops will be wholesome & good !
Posted by s10erd at 13:33 No comments: