Having a frog in your throat presumably means that you're good at French, or good at catching flies maybe?  I'm not sure. Anyway - I don't think anyone ever croaked from it.

I only mention this because of what happened yesterday. I mean - how would you react if you clearly heard Charles Aznavour being brutally strangled  - and it was all happening in someone else's backpack?

The shapely blond  teenager sitting next to me on the bus quickly admitted to the crime. "That's my ringtone" he owned up sheepishly.

Well, I'd hardly even had time to mentally digest our favourite french crooner's lucky escape, when an eerie voice coming out of my own left trouser pocket dragged me into the next phase of this bizarre saga.

"Tuvan Throat Singing" I heard the voice cry out from my trouser pocket - inappropriately clearly. You'd at least have expected it to be a two-tone froglike gravelly grunt. But - putting aside the tonal quality - what in blazes was going on??

I took out my mobile which also happened to be in the same trouser pocket.  And there it was on the screen: the answer was quite simple really. The red Record button said it all. I'd inadvertently opened up an App that automatically records and then sorts music into appropriate genres,  and it had decided that a strangled Aznavour best fits into the Tuvan Throat Singing genre. It even gave me a sample video so that I could judge for myself.


That gave me an idea.  Could the App also sort out background sounds into musical genres - I wondered?

I started with the Hairdressers up London St.

First I recorded a couple of minutes of general chatter and ambient noise before asking the App to put it into the right category.

Well well. Barbershop - it declared confidently. Made sense I suppose.

Next came the piano shop. Honky Tonk according to my trusty App. The Crown went into Scrumpy & Western; the sweet shop was Acid Rock; the Pet Shop got Jitterbug; the charity shop went into Ragtime; and the Catholic Church was categorised as New Age Soul.

But - where would it put the Mustard Seed?  I waited as it processed.  It was thinking. Glam Punk perhaps? Or Hip Hop? Fandango would be fun. I was just hoping it wouldn't be Doom Metal ...


Nope - there it was.  Rhapsody .  Interesting choice.  I asked it to define Rhapsody.  "A form coming out of spontaneous inspiration and sense of freestyle improvisation producing something that is episodic yet integrated, free-flowing in structure, and featuring a range of highly contrasted moods, colour and tonality".


Sounded to me like the Mustard Seed all over - but then who am I to judge? If it's not Nana Mouskouri then it's all Greek to me.

P.S. Have you signed up yet for the Anniversary Celebration Party in the Corn Exchange on the 11th June?
Come for all of it - or part of it!
And why not bring the whole family to the Shared Lunch?
Everyone warmly welcome - to a Special event to celebrate a Special shop!
Sign up by emailing karen@vogt.org.uk
Posted by s10erd at 11:51 No comments: A funny Sandwich walked into the Mustard Seed yesterday - and asked for some honey. "Sorry - we don't serve food here" the shop person replied crustily.

It's been happening all week - because it's http://www.britishsandwichweek.com/ .

Most people think they know the origin of the Sandwich ( the Sand Wich Project being the prequel to the Blair Wich Project etc etc ) - but this is incorrect. Sandwiches go back much further in time. I found a very old pastrami sandwich at Stonehenge. Very old.

Most sandwiches are also tone deaf apparently - but the one that came in ear on Monday  was clearly kind of musical - in a sandwichy kind of way.

The sandwich song it was singing didn't make much sense to me - but this is what my pink-pidgin-english recorder app made of it: 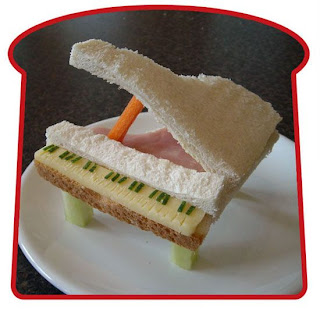 Who are Robbie & Gerry I wonder? A boy band probably.


Anyway - just to clarify.  We DO serve food in the Mustard Seed. Lots of it.  So - if you're a sarnie looking for a spread, then we'll be more than happy to serve you.
Posted by s10erd at 19:02 No comments: 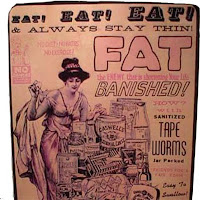 I'm not normally prone to conspiracy theories (the Sunday Sport DID get it right about Elvis now being a poodle on the moon however. The headline was "Ain't Nothin' but a Moon Dog" - which I didn't get) -  but I did stumble across something really very sinister earlier this week that I thought you should  know about. I must stress that this is FOR REAL, and I urge you to email this on to as many friends as possible.

I was on the way down to the Corn Exchange to vote when I heard it.  Perfectly innocent - or so it may have seemed to the less perceptive. A girl in hoptails wearing a pinnaforte and playing bobscotch - and singing to herself. I could only  make out some of the words - but it was enough:

THAT's when it hit me  - clear as criers' bell.  THEY (you know who I mean)... THEY are trying to foist a foreign (probably vegetarian ) voting system on us - supperifically surreptitiously - or whatever the word is. 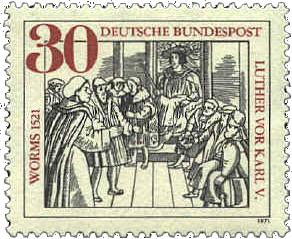 I'm not stupid you know.  I've heard of the Diet of Worms. That was when the Bundestag ordered the Bundespost to put worm powder on the back of stamps so that when you licked the stamp you started speaking Slytherin (worm language that sounds like German I think) rather than good old English. (and sometimes your legs and arms dropped off - although I'm not sure about that bit - maybe they were chopped off) .

That was the start of the slippery slope - and we DON'T want the same to happen here.

You think I'm over-reacting?  Not so.

I arrived at the polling station - and there it was  - in your face. A big sign.  LOW-CAL ELECTIONS HERE.  They weren't even trying to hide it. They might as well have put DIET ELECTIONS HERE .

And that wasn't all.  When I came up to the desk, the polling lady (she looked shifty) whispered (I had to lip-read) that our local MP (yes - this goes right to the top) was also on THE DIET (good thing too) and had first passed a post. (Ouch - worse than kidney stones probably).

It's bad enough finding ylang ylang and jojoba in your cornflakes (hey - what's wrong with ingredients that you can at least pronounce?) - and that we now need hair straighteners to deal with the dizzy affros (or is it affro dizzies ?) -  but this latest foreign invasion regarding THE DIET is beyond the bucket.

It gets worse. There I was in the polling booth about to put pen to paper - when my finely tuned auditory canals  picked up a female mumble from a fellow voter through the hardboard partition - through the grille of the confessional so-to-speak. "These Candy Dates all need to be thrown out!" - I heard clearly .  I was outraged! Foreigners trying to abolish our sweet tooth? Obviously part of THE DIET plan. I felt like confronting the infidel in question with "Unhand me you Heathen - the Game is Up! " But I didn't  - because the mumble continued.  "These candy dates ...  all just ham actors in a Pub .... " .  That one took me a couple of seconds to work out.  Ah yes - it clicked.  Bar Skit Cases - she must have meant. 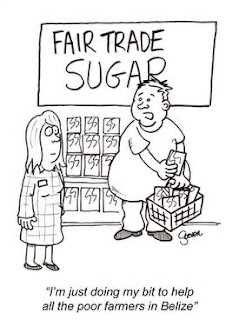 So - HOW can we protect the British Bonbon  from THE DIET and the Slytherin invasion?

Luckily - there IS an answer.

1. Only use self-adhesive stamps
2. Buy LOTS of lovely Candies and delicious Dates  from the Mustard Seed
3. AND Beautiful Bar Skits (apologies for the "basket" typo in the catalog) to put them in

And I'm now going to forward all of this on to the Sunday Sport.